By utilizing the following law of attraction weight loss tips you will be able to lose weight much more effectively and a lot faster compared to traditional methods only.

Good, balanced diets and regular exercises are vitally important, but the mindset, the attitude and the beliefs we hold, are something you can’t afford to neglect!

So let’s cut all the fluff and dive in straight into the exact steps to make this work in your life!

Weight loss is a big problem for lots of people. It can be a very emotional topic, tied up with guilt, shame and regret.

Sometimes people find themselves trapped in a vicious spiral of eating and feeling bad. There are 2 forces which are working against you.

All the time, we are being shown pictures of the way we should be. Thinner, happier, healthier, richer, more successful. When we see these pictures, it’s only natural to compare ourselves and wonder why we don’t measure up. This can make you feel bad about yourself. Sometimes there may be people who point out your flaws “in order to help“. Sometimes there are people who are just plain cruel.

Whatever the cause, the first force is “feeling bad about yourself”.

For most people, food is a release. Eating delicious meals, snacks and treats makes us feel better in the moment. It’s an immediate gratifying sensation.

The second force is the “wrong solution”.

So we end up spinning around and around between these 2 different poles – feeling bad about ourselves and eating in order to feel better.

Needless to say, this doesn’t work! And the longer it continues, the worse it gets…

How do you break the spiral?

If something is hurting you, the first step is to move away from it! If you were standing near a fire, and the heat was burning you, what would you do? Get away from it, right?

If someone is cruel to you, don’t spend much time around them, and definitely don’t waste your time listening to them. Most importantly, stop criticizing yourself!

Step 2: Feel Good About Yourself

Focusing on the negative will only bring more of it to you. You need to replace it with a positive. It‘s like the old saying “don’t think of an elephant” – the first thing that you will think about is an elephant!

The world we are in has taught us that we are supposed to be apologetic and run ourselves down. We’re not supposed to appreciate ourselves at all. Instead, we’re supposed to look at other people and feel envious!

Most of us have the idea that it will be OK to feel good about ourselves in the future, when we will lose weight. Until then we are supposed to feel ashamed and unworthy.

Well, if you’re beginning to think that there’s something back-to-front with that way of thinking, then you’re right! As long as you keep feeling bad, you’re trapped in the self-destructive spiral.

You need to recognize what’s great about you. The truth is that as soon as you start really looking, you’re going to find lots of things that are really great about yourself.

Everybody has something that they do better than anyone else. We all have our own gifts, talents and abilities.

We all have our virtues. Maybe yours is compassion.

Make a list of the things that are great about you. And don’t do it half-heartedly or apologetically. Don’t qualify these points with little nullifying modifiers, like “I suppose I’m a good listener” or “maybe I’m kind“.

This is not just some glib little “rah-rah” consolation, “let’s make you feel a little-bit-better” exercise. I am talking about cold, hard undeniable facts here. Things that you can see and know are true, that you couldn’t honestly deny even if you wanted to.

Be honest with yourself, absolutely brutally honest – in at least some way, exactly as you are right now, without alterations, you’re awesome! Acknowledge this.

Be grateful for the things that make you feel special.

Step 3: Recognize that you are already in control

The law of attraction is a wonderful thing – but it can also be a lot to wrap your mind around, because to really benefit from it, you have to grasp all of its connotations.

Your current life right now, all your experiences in this moment and in the future, all of them are determined by your own thoughts, attitudes and emotions.

This is a force for good or bad!

When you feel good, think clearly and positively, and act on these things, you get good things in return.

When you think about bad things, when you feel bad and do things that you know you shouldn’t, you will attract more bad things in your life.

It’s not about judgment or punishment. If a magnet attracts a sharp nail that scratches it, nobody would suggest that the magnet was being punished. Nobody would point to it and say “that’s a bad magnet!”

In the same way, if you focus on bad things and get them, you’re not being punished.

You may feel that life has led you to where you are now. You could probably make a list of all the events in your life, all the disappointments and setbacks, failures and little triumphs. All the lessons, insights and advice are the things which made you who you are today.

But the truth is that even though these things can have an impact on you, you’re the one who shapes your reality. The decisions you made took you where you are. What you choose to think about out your attention on or focus on shapes every aspect of your experience.

Unexpected events are like forks in a road. You choose which way to go. Sometimes it’s obvious where these forks lead, and sometimes it isn’t. But even when you end up far from where you meant to be, it was still you that chose the fork.

The lesson is not to blame yourself for your bad choices or past mistakes, but instead, to recognize that you indeed ARE in control.

Not that you can strive to be in control. Not that you are capable of it if you try really, really hard, with all your willpower.

No, you’re in control right now, and you always have been! The proof of this is where you are right now.

All we have to do now is improve our aim!

Step 4: Focus On the Right Things

We get where we are by focusing our thoughts, emotions and actions in a certain direction. We get what we focus on.

The only mistake we make is to focus on the wrong thing. You see, when you focus, you focus ON something. You cannot focus AWAY from something.

This is probably the only real fundamental mistake that you’ve ever made. Unfortunately, it’s also the worst mistake you can make!

A person who focuses on “not being poor” is focusing on being poor.

Focus does not work in a negative form – not in the long term. Sure, if you’re in the woods and a bear is chasing you, run away from the bear! But that only works in the short term.

If you start worrying about bears every time you go into the woods, who do you think you’ll meet in there?

So instead of focusing on a negative – like “lose weight“, you should focus on a positive – like “be slim” or “have the perfect body”.

Step 5: The Power of the Present

The past is history. The future is ideas. Reality – that’s in the present. All around you, right now.

So when you focus on a thought or idea like “I will become slim“, you are putting it in the future – the land of dreams, concepts and “what if“.

It’s still better than no goal. It will still attract good things to you, somewhere down the line.

But if you want to really start using the law of attraction most effectively, you really want to think in terms of the present.

Not “I will be slim“. Instead think and feel “I am slim!”. Feel it as it is real right now in this moment and hold onto that feeling.

And there’s one VERY good reason why we do it this way – which I will explain next.

Step 6: Do Not Accept Reality the Way It Is – Change It!

Let’s say, for the sake of example, that I have a fictional friend called Bob. Bob is penniless. If Bob held the thought “I am rich“, after a while he may start to think that it isn’t true. He would be struck by the fact that what he was thinking, and what he observed, did not match. This would be a very astute observation.

You see, with the law of attraction, what we are working to change is reality itself. Naturally, the thought should not match the existing reality. If it did, there would be no change.

In other words, it reinforces and confirms the current reality, that of being poor.

So, if you were to think “I will become thin“, then you would be strengthening the current reality… which is not what we want to do at all!

What we need to do is make the thought more real than the existing situation. That’s what I am going to talk about next.

Step 7: Make It Real – With Conviction

What you need to do is to think it as if it was really true. Not with a lot of strain and effort. Just do it with a sense of honesty – you’re thinking it because it’s true. You’re owning up.

And back that up with feeling. How does it feel to be thin? Think it, feel it. And most importantly, see it. Get a clear mental picture of it.

If someone is criticized by other people often enough, he or she might start to feel that way about him or herself. After enough repetition, that person will start to say these criticisms to him or herself.

Consider using these affirmations for weight loss to speed everything up!

The law of attraction and positive thought are very powerful. But you also need to back it up – with action. You need to eat healthy food (not avoid bad food!), you need to exercise and be active constantly (not to avoid just sitting and lying on a bed all day long).

Don’t do solely the things that will help you lose weight. It’s important to enjoy your life to the fullest, not to struggle along the way.

You need to do the things that make you feel great about yourself. Do you have a talent to teach? Volunteer, share your gift!

Do you love singing? Then sing, even if only for yourself.

Don’t neglect the power of persistence. In the beginning it might seem that nothing is happening and this can discourage you. You might feel that all your efforts have gone in vain… however… this is just a temporary illusion.

The results WILL come, but you have to be persistent. Never give up, no matter what. If you are serious and truly dedicated to losing weight, then you have to do it, there’s no other way around…

Remember that if you believe, you will succeed! Do your work and learn to be patient.

The Universe will reward and you will start living the life you truly deserve!

PrevPreviousMeet The Best Motivational Speakers Of All Times
NextThe #1 Law of Attraction Visualization and Meditation – Guided Step by Step Instructions!Next 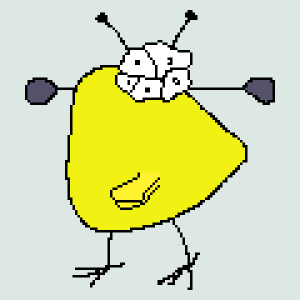 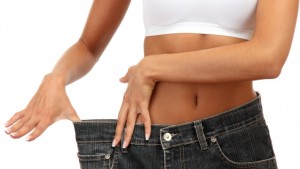 We only share good articles and information that will help you feel better.